Revcontent Advisors on the Future of Content Recommendation and Disruptive Tech

When Revcontent acquired Rover in February, Rover had raised about $7 million in venture capital from prominent investors including the creator of Google Adsense, the Former Director of Performance Ads at Twitter, and the Head of Product at Dropbox. Other investors include early execs from Google, Facebook, Microsoft, Twitter, Pandora, and more.
One of the reasons we invested so heavily in Rover’s technology was because of the brilliant minds behind Rover.

Shariq Rizvi, the current Director of Ads at Twitter, was also one of the co-founders of Twitter’s Performance Ads, helping it grow from $0 to billions in revenue. 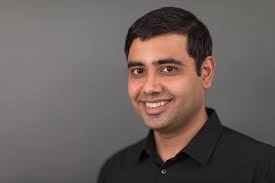 1. Why did you originally invest in Rover and what excited you about that technology?

I invested because of my deep belief in the founders, Jonathan and Vijay, and the vision of using machine learning for personalizing the web searching & browsing experience for users.

2. Do you think that type of technology can be disruptive in the content recommendation space?

Absolutely. Content recommendation is a big data problem. Rover’s, and now Revcontent’s, machine learning technology is a great match for drawing out personalized and highly relevant content for users from the vast sea of information on the web.

3. Do you see any similarities between the innovations you and your team pioneered on the Twitter Ads platform and the potential of Content Recommendations in general?

Yes. Both apply the principles of big data and machine learning to improve the experience of users. At Twitter Ads, we wanted to show the most relevant promoted tweets to users, in a manner that enhances their organic Twitter experience, rather than feeling intrusive and unnatural.
The Content Recommendation challenge is a parallel one. You want users to see the most relevant recommended content in a way that enhances their browsing experience. The user has to win in both cases! 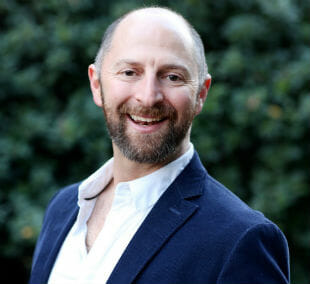 1. Why did you originally invest in Rover and what excited you about that technology?

I invested in Rover originally because I knew the founders before they started the company and felt they were super smart and hard working. I also liked their push into scalable personalized content recommendation technology using machine learning and viewed this as a challenging and important problem.

2. Do you think that type of technology can be disruptive in the content recommendation space?

I definitely think this type of technology can be disruptive in content recommendation. The entire business is based on the quality of the recommendations made for each user in each specific context. And you don’t always have the full information about the user, context, or content alternatives, so you have to make the most out of whatever data you do have. This is a big data problem where accurate scalable solutions can make all the difference.

3. Do you see any similarities between the A.I innovations you and your team pioneered at Microsoft and the potential of Content Recommendations in general?

The thrust of our innovations with Powerset were about deeply understanding the meaning of the content, down to each individual sentence, and letting the user express their interests in natural language, and making the best match.  The Rover technology is not trying to match to individual facts on the one and, and takes advantage of more contextual and user historical data on the other hand.